Day off and taking care of some honey-do's around the house.

Felt like spinning some Blue Man Group. There's a track at the end of their The Complex album titled Exhibit 13. It's an 8 min track with a "hidden" live recording (Mandelbrot No. 4) at the end. Mixed perfectly for pissing off the neighbors IMHO. Sooooo clean and loud. 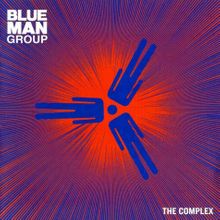 Played the system the loudest I've ever done before. Sustained 100 dB SPL/C at the couch. Ouch! Had the volume knob on the big Pioneer at +1.0 dB.

. The La Scala were shredding the fabric of space-time (probably on a volt or two).

Youtube does not do the CD version justice, but will give an idea what I was up to. The magic begins at ~4:32

Return to “Everything Else”